skip to main | skip to sidebar

family day in the yarra ranges 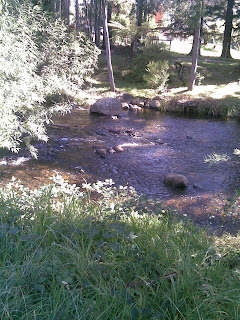 the picturesque yarra ranges (source of the yarra river pictured above) hosted our quarterly family day out on 12/4/2009 attended by approximately 40 families from both victorian ahlus sunnah wal jamaah centres. 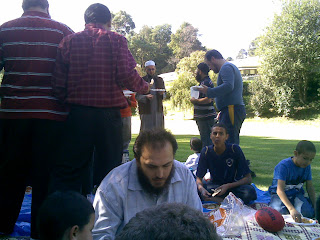 plenty of food to go around alhamdulillah, we had enough left over for the brothers who came in the afternoon for the mountain drive 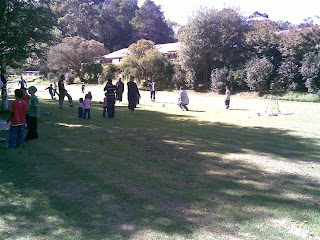 warm up for the inevitable soccer showdown 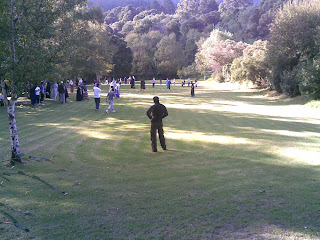 Salat times in the markaz will now be regularly updated at top of the sidebar on the right >
2 comments:

BarakAllahu lahum the shura and youth committee has refurbished the bookshop and coffee lounge into an islamic youth centre. 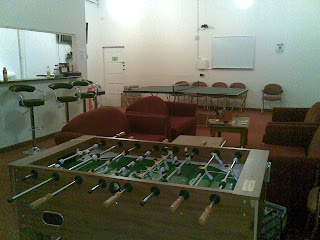 books, dvds, perfume and other products are still available.
2 comments:

Sheikh Bakr Abu Zayd (May Allah have mercy on him) said, “The one who does not master the fundamentals shall never achieve,” “The who attempts to attain knowledge all at once, it shall depart from him all at once,” and it is also said, “The crowding together (of different subjects of) knowledge in one’s hearing leads one’s understanding astray.”

Therefore, it is necessary to lay the foundations in every subject that one studies by mastering a brief foundational text concerning the subject under the direction of a proficient teacher, not by himself. And he should acquire knowledge in stages.

Allah says, “And it is the Qur’an which we have divided (into parts), in order that you might recite it to men at intervals. And we have revealed it by stages.” (17:106)

The ideal in seeking knowledge is that one who learns from instructions of teachers. Knowledge should be acquired from the mouths of men, not from scrolls or books. The first way constitutes building a connection through one who speaks, and this is the teacher. The second way is through the book, which is lifeless, so how can it give you a connection?

It has been said, “Anyone who enters knowledge alone shall depart alone.” This means that anyone who who begins to seeking knowledge without a teacher shall depart from it without knowledge. Knowledge is a craft, and every craft requires a craftsman. Therefore, it is necessary to learn it from an expert teacher.

For this reason, the scholars say, “Do not take knowledge from a Suhufi, nor from a Mushafi,” meaning: do not read the Qur’an to someone who only read from a mushaf, nor Ahaadeeth or anything else to someone who acquired knowledge of that from Suhuf (scrolls).

Al-Awza’i used to say, “This knowledge was noble, men would acquire it from one another. However, when it entered the books, those who were not qualified for it entered it.”

The one who studies the life of Imam Muslim will find that he had many teachers to who he travelled in order to learn from them. Adh-Dhahabi arranged them alphabetically and they reached two hundred and twenty teachers who he narrated from in his Sahih.

The bookshop is currently closed to make way for the upcoming youth centre, however books are still currently available just contact the us and leave a message, we will be opening another dedicated bookshop in the future inshaallah.
No comments:

the long awaited beach day for brothers is tomorrow bi'ithnillah if you haven't paid yet you can pay tonight at the centre, for more details email us or call the centre.
No comments:
Older Posts Home
Subscribe to: Posts (Atom)